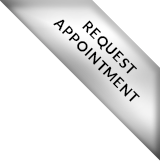 Excellence in Dentistry Since 1958

Dr. William Heggerick is a native of Detroit, Michigan. His undergraduate training included John Carroll University in Cleveland Ohio and University of Detroit School of Dental Medicine. He completed his post doctoral studies in Prosthodontics at Tufts University School of Dental Medicine in 1973. Shortly after, he completed his national board certification and received his Diplomate of the American Board of Prosthodontics Status.

Dr. Heggerick and his wife Linda are proud parents of three children and two grandchildren. His non-professional interests started with basketball, baseball and skiing after which the ligaments went. Turning to golf wasn’t much better. So now he is on his boat “fly fishing” What’s next?